H is for Ronnie Hazlehurst

Ronnie Hazlehurst is the man behind the theme tunes for many of the BBC’s best loved sitcoms and include him for my ABC gallery not just because he fits the letter H, but also for other personal reasons.

For a starters, he was born in my home town of Dukinfield in 1928, the son of a railway worker and a piano teacher.

He also attended Hyde Grammar School, as did I quite a few years later. And if that were not reason enough, Hazlehurst was a contemporary of my dad’s and one of the gang that went the equivalent of clubbing in their youth.

But enough of the self-indulgence, Hazlehurst is acknowledge as one of the great tv theme tune composers, certainly in the UK, writing for programmes such as Last of the Summer Wine, The Fall and Rise of Reginald Perrin, Only Fools and Horses, The Two Ronnies, Blankety Blank and The Generation Game.

Hazlehurst left school at 14 to work as a clerk in a local cotton mill and then did his National Service as a bandsman in the 4th/7th Royal Dragoon Guards where he was nominated to attend the Royal Military School of Music at Kneller Hall near Twickenham.

When he was demobbed in 1949, he played in a band in his spare time, working the dancehalls in the area, which is when my dad knew him. Hazlehurst gave up his day job and became a professional musician in Manchester and then in London when bandleader Woolf Phillips employed him as his deputy at the Pigalle nightclub.

Hazlehurst’s instrument was the trumpet, but by 1957 he had more or less abandoned playing to concentrate on orchestration and musical arrangement, mostly for Granada Television.

In 1961 he was appointed as a staff arranger by the BBC and his first big break came the following year when he scored and arranged the programme for a concert at the Royal Albert Hall to celebrate the 40th anniversary of the BBC. In 1968 he became the Light Entertainments Musical Director which his when he became responsible for the theme tunes mentioned above. 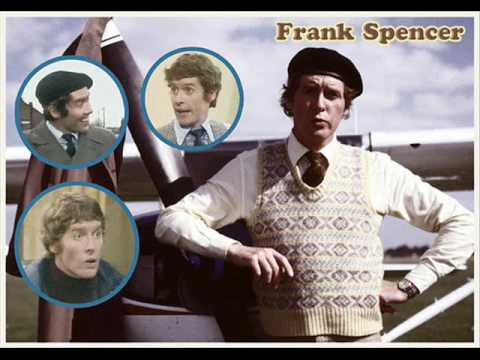 Hazlehurst’s great talent was to fit the theme to the programme, such as incorporating the ching of a cash register for Are You Being Served? and the chimes of Big Ben for Yes, Minister.

But cleverest of all was his spelling out the title of Some Mothers Do ‘Ave ‘Em in morse code which you can listen to in the video right.

You can enlarge the score on the right to see how it worked and while the trick is not unique, it came long before Barrington Pheloung famously did the same for the detective show Morse. And Hazlehurst was paid just £30 for the composition.

Hazlehurst was also involved with the Eurovision Song Contest and was the musical director when the event was hosted by the UK in 1974, 1977 and 1982. He also conducted the British entry on seven occasions, and in 1977 wore a bowler hat and conducted the orchestra with a closed umbrella when accompanying Lynsey de Paul and the UK entry, Rock Bottom.

Hazlehurst moved to Guernsey in 1997 and he was awarded a Gold Badge from the British Academy of Composers and Songwriters in 1999. He died after suffering a stroke in 2007.