Oy vey the noo: Jewish people in Scotland (or anywhere else for that matter) now have their own kosher tartan, being a non woollen-linen mix.

Best April Fools: The state news service in Beijing announced that playing April Fool pranks is un-Chinese. Unfortunately they weren’t joking.  I quite liked the announcement of the SNP’s candidate for the London Mayor though.

For the love of Cod: Wirral fisherman, Bert Williams, thought he’d landed a dolphin when he hauled in 93lb cod off the coast of Norway, setting a British record. Sadly the cod did not survive the experience.

Pun of the week: Netherlands manager, Danny Blind, made his son Daley captain of the side for their friendly match with England on Tuesday. When they appeared together at the press conference, it was a case of the Blind leading the Blind. (As heard on Radio 5 Live)

And speaking of blind: How good is your colour vision? Try this test to find out. Of course, if you had tetrachromacy like Concetta Antico then you could see colours that are invisible to the rest of us.

Who you looking at? If you prefer logic puzzles instead, try this one from the Guardian. Even when I clicked the link for the answer, I still didn’t get it.

Bad week for pedants: Researchers at the University of Michigan have found that grammar pedants are most likely to be introverted and disagreeable.

Flag of inconvenience: The people of New Zealand were given the choice of swapping the British ensign on their flag for the more snazzy Silver Fern, but voted to stick with tradition, even if the rest of the world confuses them with Australia.

Businessman’s best friend: Taking your dog to work can improve productivity, according to Paul Zak, neuroeconomics professor at Claremont Graduate University in California. The study published in the Human-Animal Interaction Bulletin shows that the people who had contact with the pets were more trusting and had better relationships with their colleagues.

Brief lives: Patty Duke, the actress who won an Oscar at the age of 16 for the role of Helen Keller; Wing Commander Arthur Aldridge who won two DFCs as a torpedo bomber pilot; Rita Gam, the actress who starred alongside Ray Milland in The Thief, a 1952 thriller filmed entirely without dialogue which can watch in full here if you have 90 minutes to spare; Denise Robertson, agony aunt on This Morning for almost 30 years; 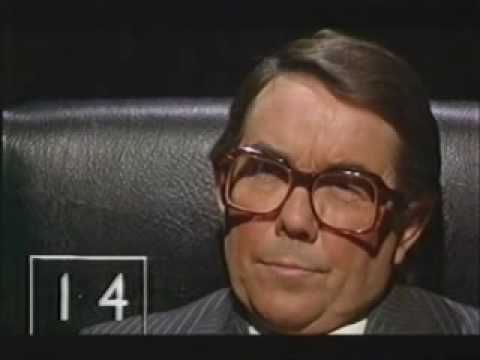 And Ronnie Corbett, the seemingly eternal pint-size comedian and entertainer who gave us priceless, precious moments of comedy, like ‘I Know My Place’ from the Frost Report in the 1960s, ‘Fork Handles’ from the Two Ronnies, more recently ‘My Blackberry Isn’t Working’ and the Mastermind ‘Answering the Question Before Last’ sketch on the right.