Whether it’s propaganda or public information depends on your point of view, but I actually read it from cover to cover and I can’t say I’m much wiser as a result.

It’s well-written by someone who knows his or her stuff when it comes to condensing complex arguments in short, simple chunks which is good. It is also mind-numbingly dull which is bad.

Public information used to be quite fun once upon a time and it is ironic that the leaflet landed on the same day that the National Archive made it’s complete collection of public information films available online for the first time. So I’m going to ignore Dave’s missive and write about the films instead.

They look very old-fashioned I suppose, but I have a soft spot for these films that used to fill-in between children’s programming and the news. The messages were of their time, but they were usually entertaining and far less preachy than anything you’d see today, assuming that this sort of public service broadcasting still existed.

I’m too young to remember Coughs and Sneezes directed by and featuring the lugubrious-looking Richard Massingham. In fact he died a few months before I was born, but I guess his films must have been repeated during the 1950s.

Massingham really started the whole public education film business rolling when he set-up Public Relationship Films Ltd in 1938 and over the years taught the nation how to cross the road, how to prevent the spread of diseases, how to swim and how to drive safely. And Don’t Spread Germs, hence my weak play on words headline.

But my favourite from that period is Pop Goes the Weasel (1948), a longish film at nearly ten minutes, but a valiant attempt by the Attlee government to be open about taxation and to explain where the money was going in a way that the ‘ordinary worker’ could understand.

The films I remember more clearly come from the 1960s and 70s, such as explaining the switch to decimal currency and keeping Britain tidy with Roy Hudd, but I doubt there is anyone who was around then that doesn’t fondly recall Joe and Petunia who taught us about the importance of the coastguard and how to behave in the countryside.

They were brilliant scripts and brilliantly voiced by Wendy Craig and later Brigit Forsyth as Petunia. I wasn’t quite so knowledgeable about Peter Hawkins as Joe, at least not until I wrote this post, but you will all be familiar with his voice from a myriad of programmes including:

So where are the Joe and Petunia for the Brexit generation? I suppose we will never know as it would be considered much too frivolous for such a serious subject, although Nigel Farage is doing a passable Massingham impersonation on behalf of the antis. 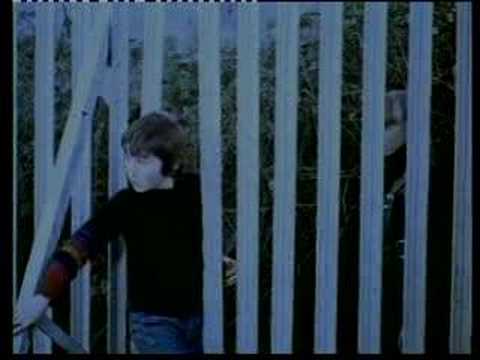 I have to finish on a serious note though. Not all public information films have made it to the National Archive’s list. I guess some have simply been lost, others have been written from history because the people in them are no longer acceptable to our civilised and shielded society. But I’m no revisionist and you’ll find the odious Jimmy Savile and his Clunk! Click! Every Trip message in the compilation of scary public information films on the right.