The last trump: He has helped our understanding of space and time, but even Stephen Hawking finds it a lot harder to explain Donald Trump.

And while some sport ‘Trump 2016: Make America Great Again’  and ‘I’m with Hillary’ bumper stickers, others take a more jaundiced view of the presidential election.

Break the law and the law will break you: We’ve all heard the (probably) true strange laws you can unwittingly break in America, but we can be just as bad in Britain where you can find yourself on the wrong side of the law for carrying a plank in London, handling salmon in suspicious circumstances, importing Polish potatoes or even hanging out your washing.

Tweet of the Week: Retired boxer, Ricky Hatton, posted a photo of his 2,500 calorie Benidorm breakfast, but to be fair,  he did wash it down with a diet coke.

Seeing the light: Did St Paul’s Damascene moment come about because God spoke to him, or was it an epileptic fit? I suppose a believer would argue that it was probably both.

Quote of the week: ‘Skill without imagination is craftsmanship and gives us many useful objects such as wicker picnic baskets. Imagination without skill gives us modern art.’ – Tom Stoppard

Death of dialect: Slivers, shivers, speels and spools are dialect words for the tiny pieces of of wood that get painfully under your skin, but they are slowly dying out, to be replaced by the homogeneous ‘splinter’. They will always be ‘spells’ to me though.

Body art of the week: Cancer survivor, David Morgan, has a minion tattooed on the stump of the finger he lost in an industrial accident to raise money for Macmillan Cancer Support.

Grin and bear it: Statues of characters from the Boonie Bears cartoon have been removed from outside China’s securities regulator because he complained that they were giving the middle finger salute towards the building.

Dog days: The most genetically diverse species on the planet may have evolved on separate continents, rather than just in Europe as previously supposed.

Money for nothing: Switzerland could become the first country to give everyone a guaranteed basic income, whether they work or not, in response to the growth of automation.

Brief lives: Robert McNeill Alexander, zoologist and expert on dinosaur bio-mechanics; Conrad Phillips, who starred as William Tell in the 1950s tv series and in the Wedding Party episode of Fawlty Towers, who died in January, but both me and the Telegraph have only just caught up; Carla Lane, writer of The Liver Birds, Butterflies and Bread; Alan Devereaux, the actor who played landlord, Sid Perks, in The Archers for fifty years. 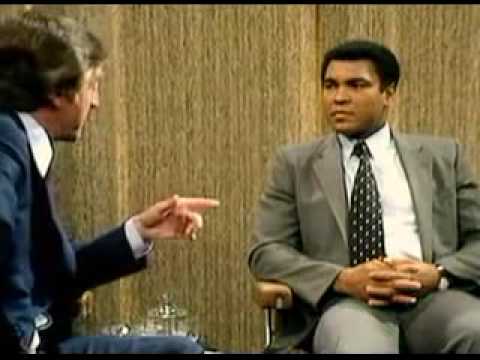 Playwright, Bill MacIlwraith, who wrote The Anniversary, a play that was eventually a film starring Bette Davies; Dave Swarbrick, violinist and singer with Fairport Convention with his second obituary.

And Muhammad Ali, athlete, showman, man of principle – simply The Greatest – finally felled by the blows of lesser men.