Z is for Agent Zigzag

Wartime can throw up some strange heroes, but the strangest was Eddie Chapman, audacious safe-cracker, womaniser and conman who became the most extraordinary spy of Word War Two, better known as Agent Zigzag.

Born in County Durham in 1914, Chapman was a bright, but unruly child who often skipped school and by the time he was seventeen, he had become bored by life in the north east and took himself off to London.

There he fell in with a gangster crowd and began a career as a lone safe-cracker, his speciality robbing Odeon Cinemas. He would hide in the toilets overnight, then blow the safe and making off with the contents before the cleaners turned up in the morning.

Being tall and handsome and generous with the proceeds of his crimes, he lived the high life of champagne, fast cars and even faster women, and by the age of twenty-five, Chapman was one of the most wanted men in the country. London became too hot and he headed north with the intention of robbing the Edinburgh Co-op.

But the raid was a fiasco and he was captured by the police. Despite facing forty counts, Chapman was granted bail which he promptly jumped with girlfriend Betty Farmer and flew to the safety of Jersey in the Channel Islands.

Their plan was to travel first to France and from there to South America, but it wasn’t to be. While enjoying Sunday lunch at the Hotel de la Plage, Chapman was finally recaptured and sentenced to two years imprisonment and faced another twenty years back on the mainland.

Circumstances shifted dramatically in June 1940 when the Germans invaded and occupied the Channel Islands. Sensing an opportunity for freedom, Chapman wrote to the German commandant offering his services to the Third Reich. Months passed, his offer seemingly ignored, until the day he was interviewed by two German officers and then whisked away to a country house near Nantes.

There he was met by Stephan von Gröning, the First World War veteran who ran the Nazi spy school in occupied Europe.

German attempts to infiltrate Britain had been a complete disaster with every one of their spies having been captured.

Chapman offered them something different – a resourceful rogue willing to act for them in exchange for hard cash.

Dubbed Agent Fritz by von Gröning, there followed weeks of training in espionage techniques, code work and sabotage. Finally, Chapman was asked whether he would be willing to go to England to sabotage the factory making the Mosquito bomber at Hatfield, North London, and he agreed – in exchange for RM150,000.

On 16 December 1942, loaded with a wireless, detonators, fake ID, suicide pill and £990 in used notes, Chapman was flown across the Channel and landed by parachute in an East Anglian field. He buried his chute as he had been taught, but instead of secretly making his way to London, he walked to the nearest house and phoned the police.

He was taken to a camp where foreign spies were kept to be interrogated by the formidable Robin ‘Tin Eye’ Stephens and spilled the beans on everything he had learned at the spy school. He also offered to work as a double-agent, in exchange for all the money he earned from Germans and a full pardon for his past crimes. Stephens agreed to his terms and the following morning he tapped out his first morse code message to his spy master in France.

From now on he was known as Agent Zigzag and, ensconced in a house in Hendon, he and his MI5 handler had to work out a way of convincing the Germans that he had successfully carried out his mission. And that resulted in the greatest deception of his career.

MI5 set about faking the destruction of the transformers at the de Havilland factory, supervised by the magician, Jasper Maskerlyne, one of my previous ABC Wednesday subjects. They built replicas from papier mâché that would be made to look as if they had been blown over, while set designers from the Old Vic Theatre were brought in paint fake holes in the walls.

They also planned to plant a fake news story of the ‘explosion’ and approached The Times. The editor, Robert Barrington-Ward rejected the idea out of hand, saying that nothing untrue had ever appeared in his paper and he wasn’t about to start now. Fortunately for the success of the ruse, the Daily Express readily agreed to cooperate.

The finishing touches to the camouflage were made on 29 January 1943 and an impressive array of pyrotechnics installed which went off at midnight. The Germans sent a reconnaissance place to photograph the damage and were completely fooled by the deception.

That might have been the end of Zigzag’s spying career, but then he agreed to do something that no other double-agent had done before – to go back to occupied Europe. MI5’s hope was that he would be able to sent back useful intelligence on the enemy’s strength and battle plans and Zigzag was put on a merchant ship to Lisbon under the alias of Hugh Anson, ship’s steward.

He met the military attaché and offered another sabotage job – to blow up his own ship. Zigzag agreed in exchange for £20,000 and the deal was struck. He was given a lump of coal packed with high-explosive that he was to slip into the ship’s coal stocks. Instead he handed the bomb over to the ship’s captain, telling him to take it back to the authorities in Liverpool.

By now, both sides were totally convinced of Zigzag’s loyalty and the Germans rewarded him with a holiday in Norway. There he again met von Gröning and over after dinner brandies one evening, he presented his protégé with a small black box that contained an Iron Cross, Germany’s highest military award and the only Briton to have been awarded one.

Bankrolled by the Third Reich, Zigzag led a very comfortable life in an Oslo suburb and met and fell in love with an eighteen-year-old model called Dagmar Lahlum. To all intent and purpose, Zigzag was German and so Dagmar was regarded as a collaborator by her countrymen.

What neither of them knew was that the were both on the same side as Dagmar had links to the Norwegian resistance. Then as their romance blossomed, Zigzag confided in her that he was a British agent and asked her join him in spying on the Germans. Dagmar was delighted to agree and the two began to gather intelligence on the spies, informers and collaborators who passed through the safe house.

But after a year in Norway, the war was reaching its critical period and the Germans wanted Zigzag back in England to help target the V1 rockets launched across the Channel. His job was to note the time and place where the rockets landed to help the Germans adjust their aim – in exchange for a payment of £100,000.

With the help of MI5, Zigzag was to convince the Germans that their flying bombs were overshooting their target of central London so that they would adjust them so that they fell short in the empty fields of Kent, thus saving thousands of lives.

And yet as the war began to come to an end, Zigzag couldn’t help but return to his old criminal ways and started to fix dog races through doping. He was taken to task by Sir John Masterman, head of MI5, and had to remind his boss that: ‘I’m not in your army, I’m in the f***ing German army’. Nevertheless, he was fired six months before the war ended.

Zigzag returned to his life on the edge of the law, but found celebrity with the release of the 1966 film Triple Cross which romanticised his wartime exploits. He also married Betty Farmer who he had last seen that fateful Sunday on Jersey. 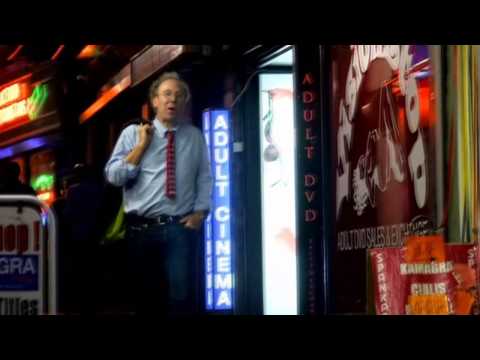 As for Dagmar, she was tried as a collaborator and sentenced to six months imprisonment. She didn’t marry and fifty years after they last met, Zigzag traced her phone number and called her up. They met again one last time before Eddie, as she now knew him to be, died 1997 while Dagmar died two years later.

Zigzag was a remarkable man, a rogue and a chancer who also proved himself loyal to his country and a spy of great bravery and resource. A story like his is hard to condense into one post and I recommend watching the BBC Timewatch programme above.