Back in black: After writing about doughnut ice cream cones last week, the latest food fad is the perfect accompaniment – black ice cream coloured with coconut ash. Or if you really want to pile on the pounds, try an Eccles cake burger.

Healthy bad habits: As someone who bit his fingernails as I child, I now know that I was doing myself a favour since this bad habit, along with thumb-sucking, sparks your immune system and prevents allergies.

Goliath was no giant: A burial site unearthed in Ashkelon proves that the Philistines were normal sized, and neither were they philistines. 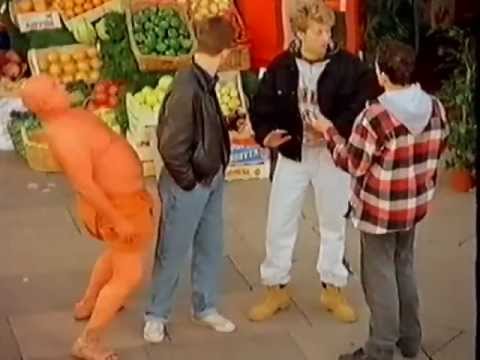 Things I didn’t know last week: The late great Gil Scott-Heron was the voice of You know when you’ve been Tango’d (right) as well as the It’s Frothy Man Cresta ads apparently. And his dad was the first black player for Glasgow Celtic.

Things I didn’t know last week two: The late Lemmy of Motorhead took his stage name from the character played by David Kossoff (among others) in the 1950s BBC radio drama Journey Into Space.

Jaws jamboree: Every year, all the great white sharks that normally live off America’s west coast swim for over a month for a deep-sea get together halfway between Mexico and Hawaii. And nobody knows why.

Supermarket sweep: We all hate to get stuck at the till when we go shopping, but the secret to speedy service is to go left and always follow a full shopping trolley.

And speaking of shopping: Lucy Nesbitt-Comaskey who said of the outrage in Nice: ‘The sad thing about it, I know this is awful and maybe a bit selfish, but it did spoil our shopping trip.’

Who you gonna call?: With Ghostbusters Three in a cinema near you, there are people for whom spotting spooks is a real job. Here’s all you need to know.

Muffler men: No American road trip would be complete without spotting one of the roadside giants advertising everything from exhausts to theme parks, so it’s good to know that they are being preserved.