O is for Boris Onishchenko

Much has been made of the athletes who cheat by using drugs to enhance their performance, but there are all sorts of cheat and one such is the Olympian Boris Onishchenko.

Onishchenko was a modern pentathlete who had already won medals at the Mexico and Munich Olympic Games before the events that brought about his disgrace took place at the 1976 games in Montreal.

A Soviet army officer, Onishchenko came to the games as a respected athlete and had been the three times individual world champion up to 1971 when he was overshadowed by his countryman, Pavel Lednev. Even so, Onishchenko was the favourite to win the fencing event of the competition.

In the modern pentathlon, fencing is a round-robin event in which each team member faces each of the other teams’ member. The weapon is the épée and a point is registered when the tip of the épée makes contact with the opponent with a force of 7.35 newtons which completes an electric circuit.

The Soviets were matched against the British team early in the tournament and Onishchenko quickly dispatched Danny Nightingale, his first opponent. However, when he then fought Adrian Parker, the British team captain, Jim Fox, became convinced that Onishchenko was scoring points without touching Parker. Fox protested to the judges, but although they inspected the piste to check that it was properly grounded, they didn’t check Onishchenko’s épée.

After winning his first four bouts, Onishchenko then faced Fox who again protested that points were being scored without him being touched. This time, the judges did confiscate Onishchenko’s épée and discovered that the insulation inside the grip had been tampered with so that Onishchenko could complete the circuit with his fingers.

Onishchenko was expelled from the competition, which meant that the Soviet team had to retire and the British team won a surprise gold medal.

He was labelled ‘Boris the Cheat’ and ‘Disonishchenko’ by the media and was shunned by the entire Soviet Olympic contingent, the volleyball team threatening to throw him out of their hotel window if they came across him. He was escorted from the athletes’ village by Soviet officials on the night of his disqualification and was reported to be back in Russia the next day. 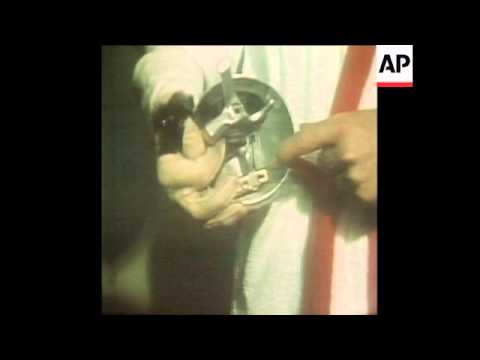 It seems that Onishchenko was summoned before Leonid Bresnev for a dressing down before he was dismissed from the Red Army, fined 5,000 roubles and stripped of all his sporting honours. His fate was to end up working as a taxi driver in Kiev.

Why Onishchenko chose to cheat has never been satisfactorily explained. He was, without doubt, the best fencer in the competition and had gone on to defeat Fox with an unmodified épée. Fox himself put it down to the personal and political pressure prevalent at that time as he explains in the short video above.