My round-up of news, events and stuff and nonsense from the last 366 days –
if it was news to me, it must have been news to you!

Word of the year: For the Oxford Dictionaries it was ‘post-truth’ which is the epitome of brevity compared to Austria’s word of the year: ‘Bundespräsidentenstichwahlwiederholungsverschiebung’. Those 51 letters translate as ‘postponement of the repeat of the runoff of the presidential election’.

Yakety yak: An early example of post-truth came in April when a story about a man who bought a yak online when spaced out on sleeping tablets went viral. But it wasn’t true.

Missed opportunity of the year: Had I put a £10 bet on Leicester City winning the Premiership, Britain voting to leave the EU and Donald Trump winning the US election, I would now be £30 million better off.

Customer review of the year: In November Donald Trump was selling the Make America Great Again tree ornament on the right. This prompted some of the best customer reviews on Amazon. (Other entertaining reviews are available)

Oh no, they didn’t! In a poll of American voters, 30% of Republicans and 19% of Democrats supported the bombing of Agrabad, the fictional city in Aladdin.

Clue in the name: The name Donald means ‘ruler of the world’.

Armageddon: 2016 may not have been the best of years but 2017 could be very much worse, at least according to San Gennaro, patron saint of Naples. The blood of the saint has failed to liquefy which a sure sign that disaster will follow. Of course, Nostradamus saw ‘The Great Audacious Brawler’ coming way back so it could be the Last Trump for all of us.

Speaking of Armageddon: Back in May it was revealed that the US Department of Defense’s nuclear launch systems is using 1970s-style eight-inch floppy disks which is slightly worrying.

And speaking of the Apocalypse: The US Centers for Disease Control and Prevention provides specific guidance for Zombie Preparedness and in February, Amazon updated its terms and conditions to include the possibility of a zombie apocalypse. It reads:

However, this restriction will not apply in the event of the occurrence (certified by the United States Centers for Disease Control or successor body) of a widespread viral infection transmitted via bites or contact with bodily fluids that causes human corpses to reanimate and seek to consume living human flesh, blood, brain or nerve tissue and is likely to result in the fall of organized civilization.

And speaking of T&Cs: The Norwegian consumer protection agency completed a 32-hour reading marathon to highlight the absurdity of the length of the terms and conditions that we accept when using apps like Tinder and iTunes.

Breakthrough of the year: This undoubtedly has to be the discovery of gravitational waves but please don’t ask me to explain why.

Zap! Pow! Bang! The anniversary of the year had to be the 50th of the first showing of Batman the tv series with Adam West and Burt Ward. And with such brilliant baddies including Burgess Meredith, Eartha Kitt, Cesar Romero and Vincent Price. Other significant anniversaries included 400 years since Shakespeare died, 350 years since the Great Fire of London, 100 years since the Battle of the Somme and 75 years since Pearl Harbour and 50 years since England won the World Cup.

Queen of Parts: Another anniversary was the Queen’s 90th birthday which Kwik Fit celebrated by creating a portrait of the monarch in car parts.

Marketing disaster of the year: The Indian car maker Tata was forced to re-brand its Zica model when its launch coincided with the outbreak of the Zika virus in South America. In Tata’s case, Zica was short for ‘zippy car’.

Things I didn’t know until 2016: The Statue of Liberty was designed as a Muslim woman guarding the Suez Canal.

Meanwhile, in China it is illegal to reincarnate without filling in a government Reincarnation Application form.

They’re just like us really: In May the royal family demonstrated that are in touch with the lives of ordinary people when Princess Charlotte was presented with a white gold, ruby and sapphire encrusted rattle worth £30,000.

Kim Jong-un is a great world leader, honestly: In September North Korea banned all forms of sarcasm because their leader believes people only agree with him ironically.

Bad year for celebrities: The feeling is that 2016 has been a particularly gloomy one for celebrity deaths with the likes of David Bowie, Alan Rickman and Muhammad Ali leaving us and the latest being George Michael, Carrie Fisher, Debbie Reynolds, Liz Smith and Richard Adams. The BBC has done the research and there seems to be something in that and they even did a programme about it.

Brief lives: So many celebrity deaths prompted ‘Legs’ to create the saddest Christmas tree pictured below, but here is my selection of the lives of those who died in 2016 who are perhaps less celebrated:

John Warr who for 35 years held the record for the worst bowling average in the history of Test cricket; Bletchley decoder Jane Fawcett who played a major role in the sinking of the Bismark;

Conrad Phillips, who starred as William Tell in the 1950s; Ernest Montego, juggler extraordinaire; Margaret Heldt, the hairdresser who created the beehive; Tom Leppard, once the most tattooed man in the world; Ernie Stevenson who I saw as Noe Noe the clown as a child at Manchester Belle Vue circus;

Queen of the Gypsies Esme Redzepova; ER Braithwaite whose memoirs inspired the film To Sir With Love; Jock Moffat, one of the Swordfish pilots who sank the Bismark and; Roy Woolridge, the spy saved by Rommel. 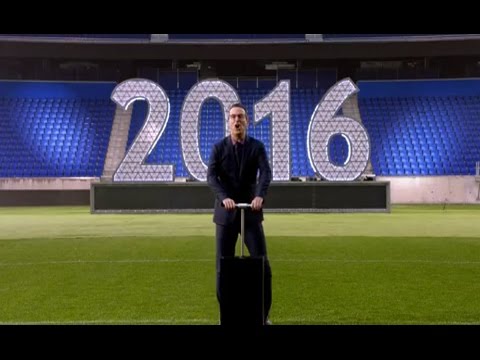 FU 2016: This hasn’t been a great year for all sorts of reason. Brexit, Trump, the rise of the right across Europe, the refugee crisis, Syria, terrorists and the loss of many much-loved celebs to name but a few.

The clip on the right just about sums up how so many of us feel. As John Oliver says at the end: Let’s all try harder this year.