Cutting edge: A 27-foot sculpture made out of 100,000 knives could be placed on the fourth plinth in London’s Trafalgar Square in tribute to victims of knife crime. The Knife Angel is made out of the 10,000 knives handed in to police forces across the UK and took two years to make.

That’s rich: The eight richest people have a combined wealth equal to half the world’s population at the other end of the wealth scale.

Jumbo Jumpers Two elephants rescued from the streets of Mumbai are keeping warm this winter by wearing jumbo jumpers knitted for them by local women.

When stars collide: I wrote recently about the possibility of worlds colliding but you will have a grandstand view of two stars colliding – if you can hang around until 2022. The two suns ran into each other 1,800 years ago but it will have taken until then for the light to arrive here.

Ugly bug: I mentioned last week the things named after Barack Obama and Donald Trump has already been immortalised by having a new species of insect named after him. The Neopalpa donaldtrumpi has a hairstyle that is strikingly similar to that of the new president.

Which is ironic because as we know Donald hates insects.

Swear it’s true: And while the world holds its breath as The Donald takes charge, Cambridge University researchers report that people who swear a lot are more honest than those who don’t. Which is rather worrying in DT’s case.

Speaking of which: The Donald’s inauguration speech uncannily echoed the villain in The Dark Knight Rises.

Costa very Blanca: If you thought the weather was gloomy in the UK, spare a thought for those who went looking for sunshine in Majorca and found themselves snowed under. And if you thought that was surprising, it has even been snowing in the Sahara.

Misnaming: Have you ever wondered why you mix up the names of your children or even call them by the dog’s name? Researchers at Duke University in North Carolina have discovered that it’s all down to semantic categories.

Something eggstra: Charlotte Harrison of Dorset bought an egg on eBay and is now ‘mother’ to an emu chick.

Fabulous photos: Photographer Balint Alovits has recently finished his latest project called “Time Machine”, an architectural photo series about the amazing Bauhaus and Art Deco staircases that can be found in Budapest.

Mismatchmaker:  Johanna Watkins of Minnesota can’t spend much time with her husband Scott because she is allergic to everything about him.

Meanwhile, Rachel Hinks of Colchester has moved into a hut because she believes she is allergic to wi-fi.

Poor impression: A California company has been forced to withdraw its new military-style combat boots after complaints that the pattern on the sole leaves swastika imprints in snow and mud.

Psychic powers: Among the papers released by the CIA are the results of the tests they conducted on Uri Geller as part of their Stargate programme which investigated psychic powers and looked into how any such abilities could be weaponised.

Gold rush: There’s lithium in them there hills – Cornwall’s mining industry is set for a revival as this essential component of rechargable batteries is sought in the county. 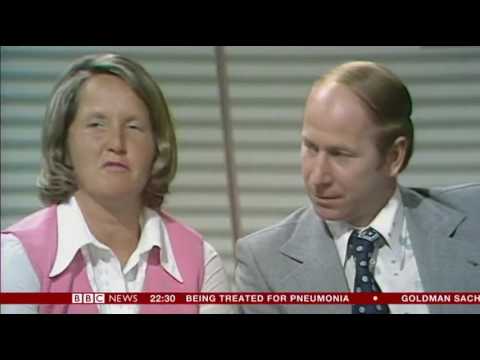