Trump Donald: If you find yourself gnashing your teeth at Muslim bans, Mexican walls and waterboarding, head over to TrumpDonald.org for a little light relief. And when you’ve done with that, smile at Trump Draws on Twitter.

Get a grip: Ever wondered why you get wrinkled fingers after a long soak in the bath? Scientists believe that this served an evolutionary purpose to improve our grip under water.

The Matrix: Theoretical physicists and astrophysicists have found substantial evidence that the universe we live in is actually a two-dimensional hologram.

You can’t choose your relatives: Scientists have discovered our earliest known ancestor, the 1mm wide Saccorhytus coronarious that lived 540 million years ago. But with a huge mouth and no anus, it isn’t one for the family album.

Floating: Buoyed by the salt water of Lake Epecuen in Argentina, 1,941 people held hands in a great human float-off to set a new world record.

Code cracker: The strange names given to IKEA products may seem like a commercial eccentricity but actually they follow a code originally developed to help Ingvar Kamprad, the company founder, deal with his dyslexia. If you really want to get to know your Björnholmen from your Ödmjuk, you’ll find the IKEA dictionary handy.

Fur fox sake: The animal rights group Peta made a fool of itself when it demanded that Games Workshop should remove plastic ‘fur pelts’ from its range of Warhammer figures.

Hoots mon! ‘There’s a moose loose aboot this hoose’ took on a literal meaning for a family in Idaho when they discovered something rather larger than a mouse in their cellar.

Tarka the giant: The fossilised remains of a giant otter the size of a wolf has been discovered in south-west China.

Dial H for Hitler: The red telephone used by Adolf Hitler has turned up after more than seventy years having been picked up by a British soldier and is expected to raise £400,000 at auction. Incidentally, Hitler’s number was 12 00 50 as recalled by Rochus Misch who was responsible for the  Führerbunker’s communications system.

Speaking of noises: If you fancy a punch in the face, try noisily chomping a bag of crisps near someone with misophonia. 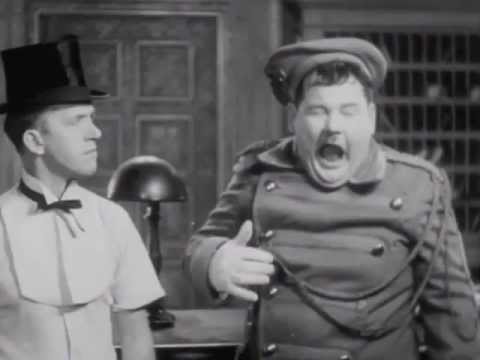 Specialist subject the bleedin’ obvious: Consultant ophthalmologist Richard Zegers and his daughter Lara spent five months studying Laurel and Hardy films and concluded that all those eye pokes would have caused serious trauma.

Fireworks: While Shanghai banned the traditional pyrotechnics to welcome in the Year of the Rooster because of the air pollution they cause, two men appeared on People’s Daily, China having a firework duel in the street.