The George Washington effect: Chances are that have never and never will be asked to take a lie-detector test, but if you are there is one sure fire way you can beat the polygraph.

Grand theft avocado: Three men in Southern California have been arrested on charges of grand theft of fruit and vegetables, specifically the unauthorised sale of up $300,000 worth of avocados.

Car polish: Ladies, have you ever been about to start your car only to find that its colour and your nail polish simply don’t match? Now Renault has launched a range of nail polish to match your Twingo so that you will always be coordinated. 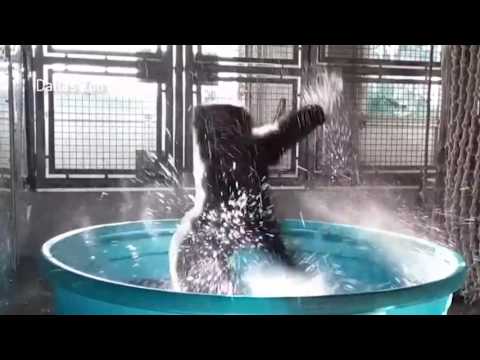 Heart warmer of the week: This video of Zola gorilla at Dallas Zoo clearly enjoying his paddling pool must be the life-reaffirming image of the week.

Dedicated followers of fashion: Mattel has brought out a new range of ‘fashionista’ Barbies and Kens featuring more skin tones, eye colours, body shapes, fashions and hairstyles, including a manbun for Ken.

Sadness of the week: The announcement that Henry Blofeld is to retire from commentating on Test Match Special after 45 years. This BBC link features a compilation of a few of his moments behind the microphone. Fact of the week: Ian Fleming was at school with Henry’s father and used the name for his villain Ernst Stavro Blofeld.

Fake news:  A spoof mock up of the Daily Mail demanding that Theresa May should quit went viral this week in a fit of wishful thinking.

But one newspaper article that sounds fake but isn’t is the Daily Express free Brexit calendar with twelve stars to scratch off to reveal ‘high-quality caricatures of Brexit champions such as Nigel Farage, Boris Johnson, our new blue passport and more’.

European culture: If proof were needed of the folly of breaking from Europe, their superior civilisation is again demonstrated in France where McDonald’s customers can ask for a knife and fork to eat their burgers instead of getting grease all over their fingers.

Bumbling: The Conservative leader in waiting, Boris Johnson, demonstrates his grasp of the policy issues outlined in the Queen’s speech in the clip from this BBC interview below.

Wheel science: Anyone who has tried to move at speed with a wheeled suitcase will have experienced how it can start to wobble, drag you in an unintended direction or even attempt to flip itself over. This is a serious physics question that scientists are trying to understand although the reason seems fairly obvious to me. 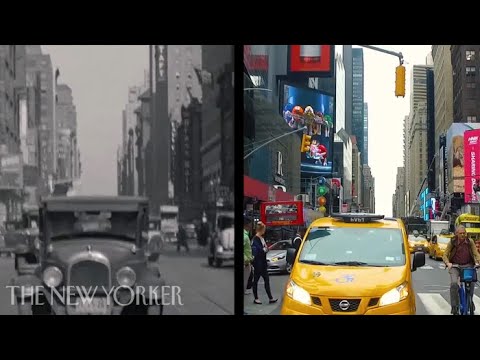 Now and then: I’ve never been to New York but feel that I know it well through film and tv. Here is a fascinating split screen video from the New Yorker showing the same sights of the city from the 1930s and today in which much of the architecture remains the same and only the cars and fashions change.

Welcome return of the week: The Crystal Maze returned to our screens much to the delight of the Parrot household. And it was as good as ever, even if it was only a celebrity special.