Mother of all flowers: Scientists have produced an image of what they think the ancestor of all flowers might have looked like 140 million years ago.

Belated anniversary: I overlooked to mention that it was the 60th anniversary of Test Match Special last which was remiss of me. To make up for that, here is poet Murray Lachlan Young’s excellent Ode to TMS with the epilogue below.

I’m just a poor boy: If you have an iPhone here’s something you might want to try. Open Siri and say ‘I see a little silhouetto of a man’ and your assistant will burst into song. Well sort of.

But if you don’t own an iPhone, you might prefer this Donald Trump version of Bohemian Rhapsody. 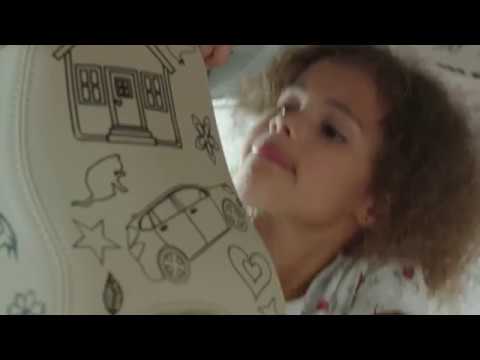 Are we there yet: Are you someone who needs to keep small children entertained on long journeys? Why not try the Colouring-in Car from Hertz on the right.

Go green: The problem with kitchen food waste bins is that they can be a little smelly especially in summer. A Loughborough University graduate has invented a bin that is not only odour free but also turns your waste into compost and liquid fertiliser.

Cartoon of the week: Icelandic cartoonist Hugleikur Dagsson’s work can be pretty dark but I particularly like the one on the left.

Can all news sites do this: The Norwegian public broadcaster NRKbeta has had the brilliant idea of making readers take a quiz to prove that they understand what the story is about before they are allowed to comment. I doubt it will catch on in Trump’s ‘real news’ America.

Something fishy: Women from around the country donned their fish tails last weekend as they competed to be crowned Miss Mermaid UK. Congratulations to the overall winner Laura Siddall.

Quote of the week: ‘Think of how stupid the average person is, and realize half of them are stupider than that.’ – George Carlin.

Using their head: One for the chocoholics amongst you – a life-size chocolate skull handmade from a mould of the real thing available for £68 in milk, dark and chilli chocolate.

A job for life: American diplomat Matthew Nimetz has spent the last 23 years trying to get an internationally agreed name for the country of Macedonia.

Some corner of a foreign field: The UK may be leaving Europe but one tiny part will remain in the shape of  The Unbrexit, a very British pub in the heart of Ahaus in Germany.

Brief lives: Actor and playwright Sam Shepard; French actress Jeanne Moreau who turned down the role of Mrs Robinson in The Graduate; Holocaust survivor and champion high-jumper Gretel Bergmann; Judith Jones, the editor who brought us the Diary of Anne Frank; Shelley actor Hywel Bennet and; veteran actor Robert Hardy who was also an expert on the longbow.