More Christmas gift ideas: What better way to start the day than with breakfast from the Trump Toaster which comes complete with ImPeach Jam. Or how about a festive Rudolph mankini.

The sound of silence: Take a look at this animated GIF. Do you ‘hear’ a thudding noise as the skipping pylon hits the ground even though the GIF is silent? If so, you are demonstrating the McGurk effect.

Conspiracy of the week: After the non-existent Planet X failed to destroy the earth last month, conspiracy theorists now claim that the moon and the sun aren’t real and are being simulated to hide the mythical planet from us.

Hand of God: Reddit readers were taken aback when the giant hands of God that appeared in this video.

Future news: Craig Brown in the Mail reveals next year’s news including the shocking revelation from the Office for National Statistics that reveals that celebrities now outnumber non-celebrities in the general population and that Donald Trump will tweet: ‘Hugest congratulations to Prince Harry and Angela Merkel!’

Blinging: A couple who have spent £10,000 over the last ten years to turn their house into a Christmas spectacular admit that they only started doing it to annoy their grumpy neighbour.

Irony of the Year: Time magazine has nominated multiple persons of the year in The Silence Breakers who have spoken out against sexual harassment. Ironic then that runner-up should be that notorious harasser Donald Trump.

Insert here: The Cambridge News was forced to apologise for its front-page headline gaffe this week and the BBC had a bit of fun with it as you can see on the right.

Five stars: A prankster managed to get his Shed at Dulwich restaurant to the top of the Trip Adviser listings even though his accompanying photos featured dishes made with household items such as shaving foam, bleach tablets and even his own foot.

Darwin award: Firefighters spent an hour freeing a Wolverhampton man who had coated his head with four boxes of Pollyfilla and then getting himself cemented inside a microwave as this video explains. 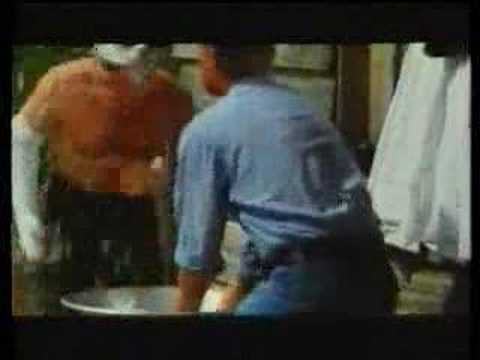