Perspective: Enlarge the two images on the left and they show the same street but from different angles right? Wrong. They are actually identical but your eyes are playing tricks.

Frank Ifield Award: Lucerne University of Applied Sciences and Arts is the first in Switzerland to offer a three-year bachelor’s degree and a two-year master’s degree on the techniques and history of yodelling.

Cheddar Gorge: Early Britons had dark skin and blue eyes according to the genetic reconstruction of Cheddar Man who lived here 10,000 years ago. 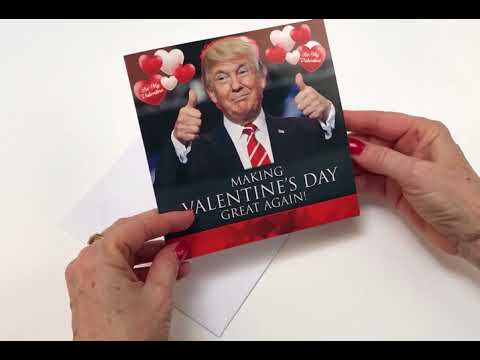 Trump card: With Valentine’s Day coming up, let Donald Trump tell your loved one how you feel the talking card on the right.

Speaking of Trump: The Donald is acting more like Kim Jong-un by ordering a military parade. Of course, he does boast that he’s the least braggadocious person on the planet.

Uber expensive: I never really understood why people would shell out loads of cash for a personalised car number plate when many of them mean nothing to anyone except the owner, but if I was a wealthy taxi driver I might be tempted by the rare TAX1 plate about to be auctioned for an estimated £80,000 – £100,000.

Tiger, tiger burning bright: A 45-minute standoff between the police and a tiger in Scotland ended when the boys in blue realised that it was actually a stuffed toy.

Uniform anger: Parents who complain at the cost of school uniforms should be thankful that their children don’t attend the Taimei Elementary School in Japan which has adopted a design by Giorgio Armani at £525 a go.

Thought for the week: If the world was flat, why haven’t the cats pushed everything off by now?