Naked charity: More than 2,500 women set a new world record for skinny dipping at Magheramore beach in Ireland to raise money for a local cancer charity, beating the previous record that stood at a mere 786 people.

Raising an eyebrow: Researchers at the University of Toronto have discovered that having thick and well-groomed eyebrows is a sign of a narcissistic personality.

Out of this world: Astronauts from the International Space Station have presented the Pope with his very own spacesuit personalised with a white cape.

Today’s the day: If, like me, you’ve forgotten that today is Father’s Day here are a few belated gift ideas. How about a shark attack hat, pizza in a bag, (and on that theme, a pizza towel), a bottle opener from an AK-47 ammunition clip or if your dad sports a trendy beard, perhaps some of the beard charms on the right.

Old money: A stash of World War Two banknotes worth £1 million has been found under the floorboards of a shop in Brighton.

Messi haircut: The World Cup is well underway and if you really want to get into the spirit of footie, forget those naff car window flags and get yourself a hair tattoo of your favourite player like the one of Messi on the left.

You did what?! A woman in Minnesota thought it would be a good idea to stick her head inside the exhaust pipe of a truck and got it stuck for 45 minutes.

Psychic cat: In 2010 it was Paul the Octopus that was predicting the World Cup results, then in 2014 there was an entire menagerie of psychic creatures, so I’m pleased to say that Russia has its very own feline oracle in the shape of Achilles, a deaf white cat from Russia’s Hermitage Museum. 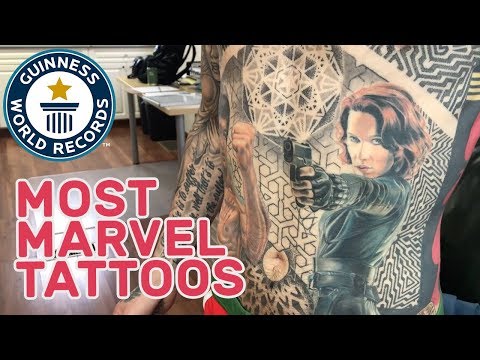 What a marvel: Rick Scolamiero from Edmonton, Canada, has set a world record for having the most Marvel characters tattooed on one body, a total of thirty-one including the likes of Spiderman and Wolverine as you can see from the video on the right.