Thanks to the marvellous job we are making of Brexit, the Mother of all Parliaments made it to the front cover of The New Yorker.

As if the country wasn’t already divided enough over Brexit, Marmite has launched the latest food hybrid – Marmite Peanut Butter.

You can call me Al

Thieves tried to steal a statue of Al Capone from outside a club in Hot Springs, Arkansas, only to succeed in damaging it.

Can I have a word?

More than 650 new words, senses, and subentries have been added to the Oxford English Dictionary, among them various rude Scottish colloquialisms. 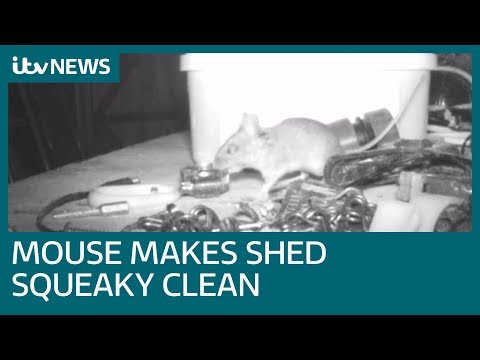 A man puzzled as to how mess in his garden shed kept being tidied away overnight has discovered the mystery cleaner was actually a mouse as you can see in this video.

An 84-year-old from Shelburne, Vermont, is on her way to the World Masters Athletics Championship in Poland where she’ll compete in events including the long jump, 60-meter hurdles, 800-meter run, pentathlon and pole vault, for which she’s the shoo-in.

Seems like we’ve misunderstood one of the most recognisable artworks. Edvard Munch’s The Scream. It doesn’t show a man screaming at all – he is actually covering his ears because someone else is screaming.

Brexit has become such a shitshow that it’s hard to know whether we should laugh or cry, but this image made me smile. And if anyone out there thinks that John Bercow was wrong to forbid yet another vote on May’s deal, here is the relevant page that set the Erskine May precedent.

But if you really want to know how I feel then Jonathan Pie says it all.