I’ve decided that it is time to come out of the self-imposed lockdown of my Sunday Round-ups. It’s hard to get away from mentioning you-know-what but I’ll do my best.

A farewell to arms

The events that have been cancelled due to COVID-19 include the annual Key West Hemmingway Look-a-Like Contest. Bad news for the purveyors of safari suits you would think.

Who’d have thought it

It was Star Wars Day this week but who knew that it was all started by Margaret Thatcher. When she first took office on 4th May 1979 an ad appeared in the London Evening News saying “May the Fourth Be With You, Maggie.”

A town in Sweden is preventing a breakdown in social-distancing by spreading its central park with chicken manure to discourage crowds gathering. 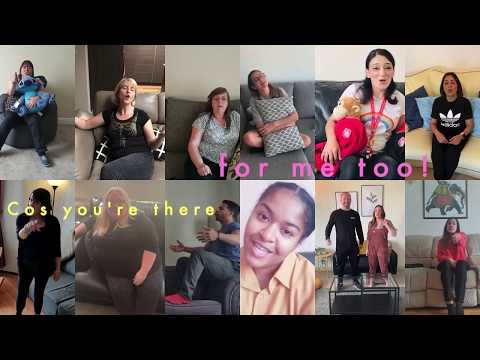 I’ll be there for you

Strictly speaking, the death of songwriter Allee Willis should have appeared in my brief lives section but as she wrote the theme for Friends it’s here because my daughter and her colleagues from Priestfield School have produced the lockdown version of the song on the right.

The song below cheered me up immensely as it scrolls through the miseries of lockdown.

Many people have turned to religion in these troubled times but if you’d like to take things further then try the Pope Simulator game which promises a “realistic” depiction of life as the Supreme Pontiff.

A canny Helsinki bakery has saved itself from financial ruin due to the pandemic by creating a cake that looks like a toilet roll.

The room next door

I hope you have been watching the trials and tribulations of Donald Trump’s press advisor as he tries (and fails) to talk him through his daily briefings. You can find them here.

Do you look forward to filling your car at the petrol station? No not the cost of it but because you enjoy the smell. If so then it is all down to nostalgia.

So many people have perished since my last Round-up, not all of them succumbing to COVID-19. Here is a catch-up with just a few of them. England footballer Trevor Cherry;  tv presenter and consumer campaigner Lynn Faulds Wood; footballing hard man Norman Hunter; astronaut Alfred Worden who was the first man to walk in deep space; comedian Tim Brooke-Taylor; motor racing legend Sterling Moss;